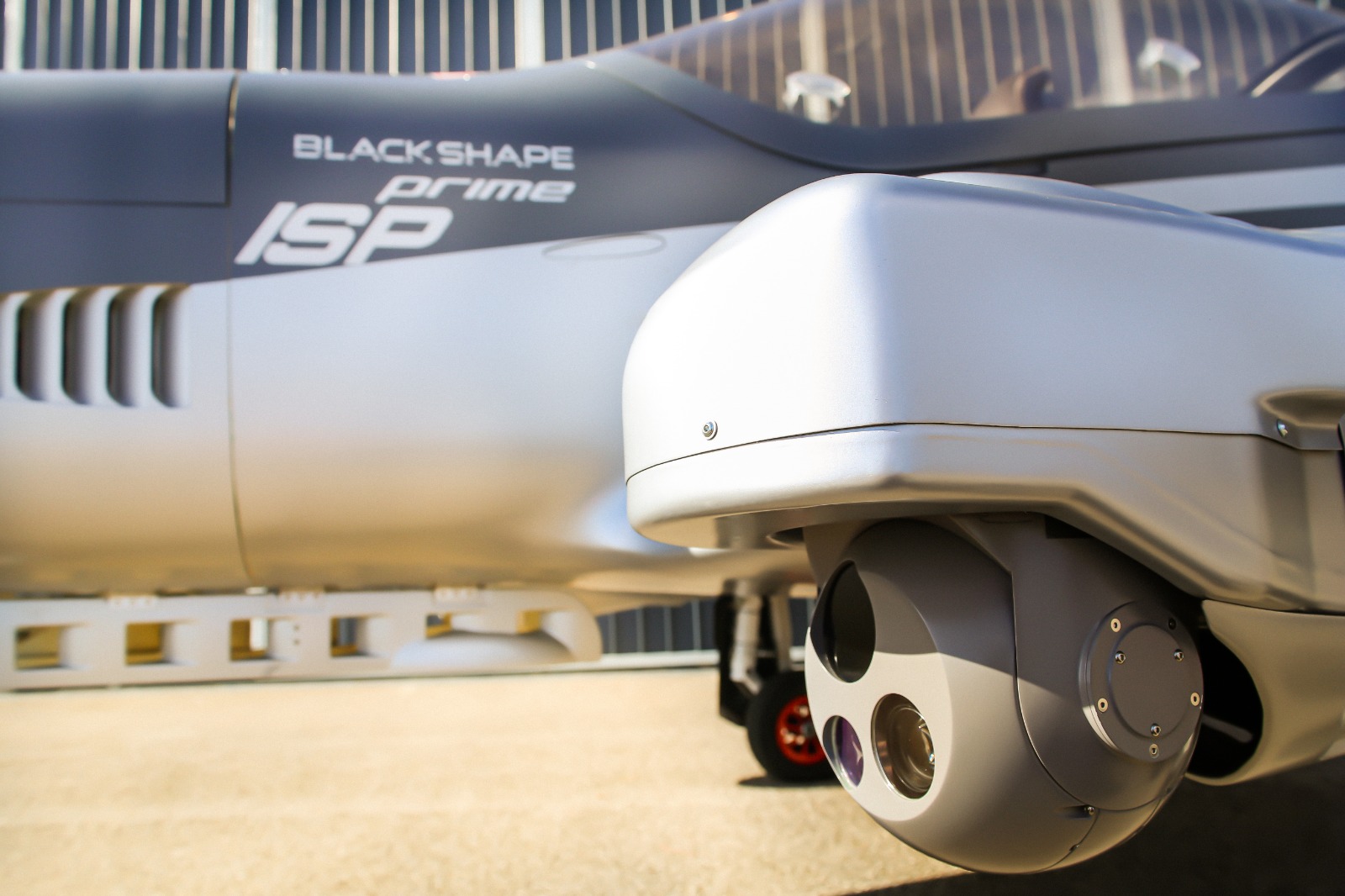 Coordinated by the Italian Navy, the first Sea demonstration aimed to evaluate how manned and unmanned systems can help respond to the challenges of maritime surveillance, as well as assessing European interoperability.

The mission was focused on two scenarios: Fast Boat Interdiction (Intercept and neutralize a fast & light weaponized boat) and Interception of a Mine Laying Threat during an Amphibious Operation. Blackshape carried out its operations using a BK-ISP, an innovative aerial platform with OPV (Optionally Piloted Vehicle) capabilities. This configuration allows to perform specific intelligence surveillance and reconnaissance manned and un-manned missions, and with the ability to transfer data in real-time. The BK-ISP integrates different payloads (EO/IR, Radar) in two role-fit wing pods.

“We’re proud for the achievement in this initiative which set, for the first time, a European-level and result-oriented defense strategy”, said Luciano Belviso, CEO of Blackshape, “In different scenarios, we demonstrated our system can substantially increase situational awareness and homeland security, with a cost-effective hassle-free value proposition, while we keep developing our technologies in the field of remotely- and autonomous-piloting, moving one further step ahead towards their commercial exploitation”

During the demo, BK-ISP (Blackshape OPV platform) has shown its capability of detection and identification of sea objectives, providing augmented situational awareness to the Italian Maritime Operations Centre (IT-MOC), headquarter of the Naval Squad Command (CINCNAV).

Throughout the operation, Blackshape has successfully demonstrated how remotely-piloted fixed wing, prop driven vehicles can support surveillance and interdiction operations at-sea, within the interoperability capabilities at a European level.

Blackshape, headquartered in Monopoli, Italy, is a company part of the Angel Group. Blackshape is a global player for high performing full composites general aviation and training aircraft, providing agile turn-key solutions to private and institutional customers. In the last five years, Blackshape has become an established player in the aviation industry by consolidating strong growth in terms of turnover, employees and markets. The company has a robust footprint in the recreational market thanks to the Blackshape Prime, an aircraft that combines unparalleled flying qualities and performances with picky attention to detail, currently operated in 18 countries.

The robust knowledge and technology within Blackshape resulted in record development time of the Blackshape BK 160 Gabriél program, a general aviation aircraft, specifically designed to answer all increasing need of training. Recent agreements for such program include partnerships with Boeing Global Services, the “Experimental Flight Department” of the Italian Air Force, airlines and large training organizations, including most recently the flight academy of Transavia, the low-cost carrier part of the Airfrance-KLM group.

The Bk-ISR (Intelligence Surveillance and Reconnaissance) is the latest development from the company, designed specifically for tactical surveillance and patrolling.

OCEAN2020 (Open Cooperation for European mAritime awareNess), is funded by the European Union (EU Preparatory Action on Defense Research) through grant n. 801697 and implemented by the European Defence Agency (EDA). It has the main objective to demonstrate enhanced situational awareness in a maritime environment through the integration of legacy and new technologies for unmanned systems, and ISTAR payloads, by pulling together the technical specialists in the maritime domain covering the “observing, orienting, deciding and acting” operational tasks.

Coordinated by Leonardo, the team involving 42 entities is drawn from 15 countries across Europe.